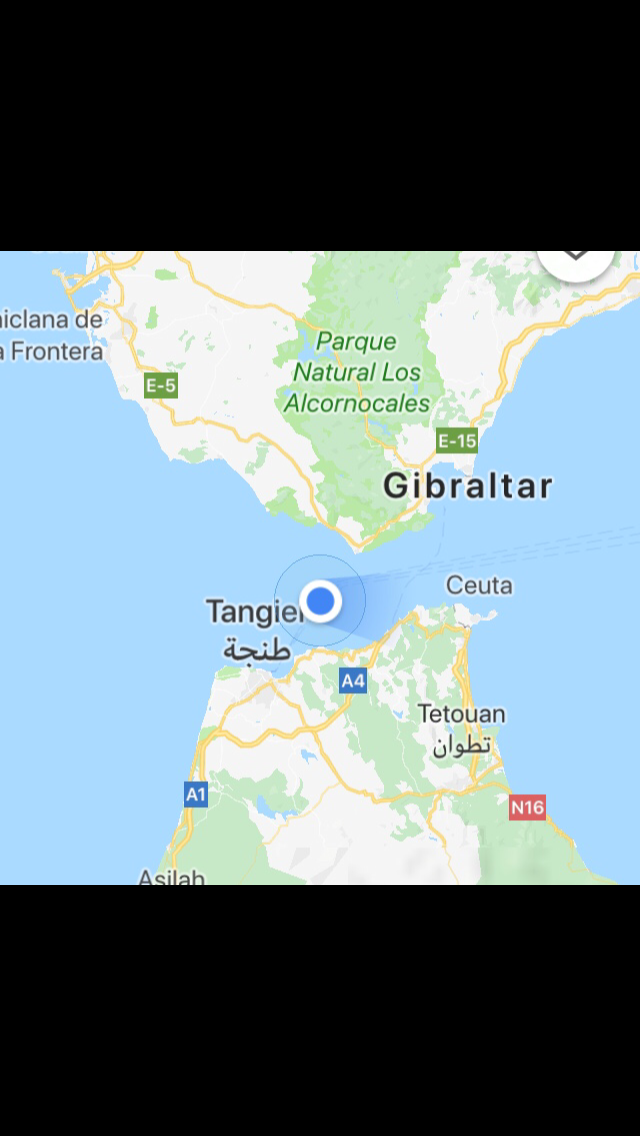 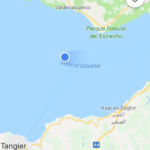 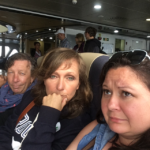 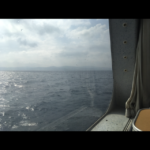 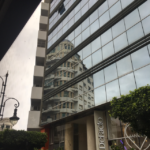 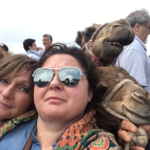 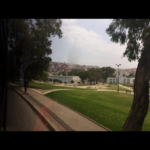 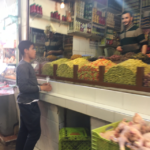 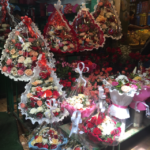 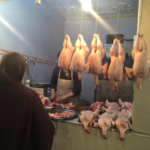 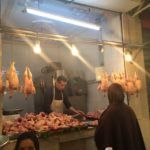 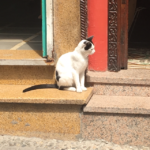 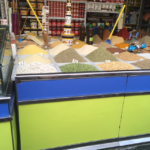 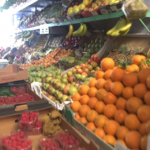 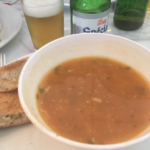 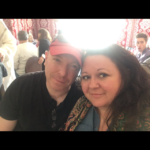 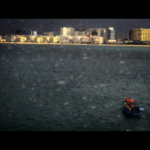 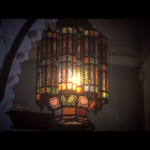 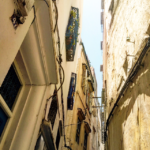 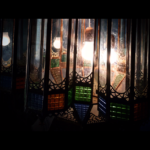 This is our first early morning of the trip. We have to leave at 7 am and get a cab to the nearest MacDoanlds for our pick up. Perfect! We can get breakfast! Accept the Spanish don’t eat breakfast until after 9? The MacDonalds legit doesn’t even open until 9am. I guess we’re not getting breakfast today. I’m beginning to think all of Spain is trying to tell me I’m fat. Humph.

Once the bus finally arrives we are taken about an hour away from Estepona to catch our ferry.  On the way the view is probably breathtaking-but I’m asleep. So I couldn’t tell you.

Our tour guide is very flustered-like in a huge hurry  -he explains that today the ferry is on time-which NEVER happens, so he was expecting an extra hour for organizing everyone-but instead got here and had to actually hustle everyone in through this chaos.  I think they run late because they just know they will have extra time-and when it’s running correctly – they lose their minds.

The ferry terminal can only be described as organized chaos. We are told to pass in our passports and they will be returned once tickets are obtained by our guide.  He brings them back and irritatedly yells out the names one by one and people come running-and he abruptly tells them to RUN to the security line. we get ours pretty early on and away we go to board the ferry.

As we leave the market the venders are getting even more aggressive. Payback. As the most aggressive of the sellers tries to get me to buy his T-shirt’s-I loudly say-“hey gary-weren’t you looking for one of these?”  The seller scurries off to regal gary with his reasons why god needs gary to buy this shirt and if he doesn’t 12000 African children will die etc etc etc.

We stop and buy spices and salt stone and nic naks and are whisked back to the bus for the trip home.

Well, for the wait for the trip back home. We wait for 1 and a half hours for the boat to go. Now I understand why the tour guide panicked when the boat was on time.

Once the boat is moving we crack open a few beers and enjoy the 40 min ride back. Much smoother this time. And we decide that we are cultured out. We are need of some serious westernization. It will be about 10pm when we get back to the apartment.  Burger King for supper tonight.

Tomorrow we are visiting a bull raising farm in Ronda! But tonight we eat and have a rum and coke and talk about the day and how many places we’ve now seen together.  This is one of the highlights for sure-even if I’m pretty sure we all have the cumin belly and the camel fleas.  But we have 16 wooden camel ornaments-so we have that going for us. 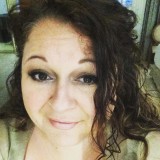 The muppets (try to) take the Matador

Theme by Anders Norén — Up ↑